Posted in Life the Universe and Everything. 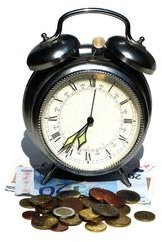 The humble hobby can be the source of a successful business.

When you think about it, it's hardly surprising that personal hobbies and interests are sometimes acorns from which mighty businesses grow.

For starters, behind every hobby lies the passion of the hobbyist. He or she wouldn't be doing it unless intense interest and dedication were present. From there, because so much time and effort is put in, expertise inevitably follows. Passion and expertise are a pair of important building blocks for any business.

Walt Disney loved to draw and fantasise from an early age, and we all know the remarkable outcomes of those whimsical childhood interests. Here are two home grown examples.

Dr Ivan Donaldson has always loved wine. He made his first wine as a young man at home in 1967, using Albany Surprise grapes. Then in the late 1970s, the Christchurch neurologist, his wife Christine and a group of fellow wine lovers decided to plant a vineyard near the city and make their own wine... just for the hell of it.
The wine was made in the Donaldsons' double garage with the reluctant help of their teenage children. It was all very experimental, and some of the wines made for tough drinking, but there was enough there to encourage the Donaldsons to look for a warmer spot to grow grapes.

They opted for Waipara, north of Christchurch, planting a vineyard there in 1986. It proved to be a sweet spot and with the 1991 vintage they launched their own wine label, Pegasus Bay.

Ivan retired from medicine and, with the help of his family (all the children have become involved with the business), has built the winery up to become one of the most respected on the New Zealand scene, particularly famous for its pinot noir and riesling. The wines are exported around the world.

When Murray Thom left school without any qualifications at age 15, he was sure of one thing – he loved music and the music scene. That led to him becoming, at age 23, the managing director of CBS Records in New Zealand. He was the global company's youngest MD.

Since leaving CBS, he has been involved in a number of business ventures. One of these is his own company, Thom Music, which recently released the hit CD 'The Great New Zealand Songbook'. Said Thom: "The idea came when I was leaving a Split Enz concert at the Vector Arena and I turned to my son and said, 'You've just heard the great New Zealand songbook'.

The CD we produced from that idea went on to become one of the biggest selling albums of the last 10 years."1

The multi-platinum-selling 'Piano By Candlelight' albums by New Zealand pianist Carl Doy are another Thom Music triumph. "I heard Carl playing and just knew that here was a fantastic musician and there was the possibility of a great album," Thom explained.

"Since then we have gone on to generate over $25 million of 'Piano By Candlelight' business, and Carl's 'Together' 10-CD collection, which featured on the Oprah Winfrey Show, was named by Oprah as one of her 'favourite things of the year.' Thomsays that "opportunities don't shout, they whisper1" and these two ideas are very good examples of that.