Windows Needs A Bit Of Love

The Software In Your Computer Needs To Be Maintained - Often

Just like a Bloke, a computer software needs to be maintained, spruced up now and again. And, just like a bloke it might try and do it itself but it needs your assistance once in a while (well lets face it ladies, probably closer to once a week but you can let it slide for a month or two unless there's a family occasion, on your side of the family). 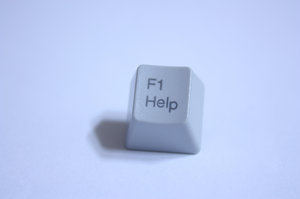 With computers the easiest and most painless bits of maintenance is to turn it off and on occassionally, this is know as rebooting (Ladies the former will work wonders for your bloke as well but I wouldn't try the rebooting). I make a point of doing so at least one a day and more often if I'm doing really intensive or important stuff. It just cleans out much of the "stuff" that accumulates in your computers memory as it does what it does.

Windows has a built in "Windows Update" or "Microsoft Update" feature. Many people will tell you not to use this, they are wrong. If you never connect your computer to another computer, over the internet or any other way or never put in a CD, DVD or USB drive yeah OK, maybe you don't need to update Windows otherwise YOU MUST KEEP YOUR WINDOWS SOFTWARE UP TO DATE.

If your computer refers to Windows Update go to the update site and accept the option to upgrade to Microsoft Update, if your computer has illegitimate, pirated software it wont work.

Microsoft Update attempts to make sure that the basic software that your PC uses is as safe as Microsoft can make it. And sometimes they add nice new features or make it work faster.

It is true that sometimes a Microsoft Update "breaks" a computer but I can only recall two or three occasions I've been adversly affected by an update and they were years ago. I can recall many, many times where an update fixed a problem or I know with absolute certainty that had the system been updated they wouldn't have had the problem they did. Note I say they, my systems are always up to date, ... aren't they family, colleagues and friends.

There are various ways to access Microsoft Update. In Windows XP I open Internet Explorer (the thing you use to get on the internet) and then Click Safety (top right) and find it at the bottom of the list.

In any version of Windows goto www.update.microsoft.com and it will point you in the right direction. To start with use the Express option. Later you may want to investigate the Custom option but don't install stuff you don't need.

There is one exception, don't apply driver updates you might find under Hardware after running a Custom scan. Unless you are POSITIVE that you have a problem with your existing driver leave them alone.

Next time you don't want to use your computer for a couple of hours check your system is up to date. And then do it again, and again until it is.

There is an automatic update feature that is generally turned on by default and if you have noticed your computer has occassionaly told you it wants to apply updates yours probably is.

BUT it has a fault, and that is that the default setting is for it to check at 3:00am. If your computer is on at 3:00am thats fine but if, like most people, you turn it off at night it's not.

If your computer has been off all night the first thing it will do when you turn it on will be to check for updates, at the same time that your virus scanner is doing the same thing and and every other bit of software with automatic updates turned on will be doing that same thing.

You just want to check your email, it wants to do a full maintenance routine, so it may be slow, overburdened with tasks. Well written software gets out of the way when its not needed, some doesn't, hogging resource to itself until its finished like a greedy child.

One solution is to change the setting so that it updates at a time when you are reasonably sure that the computer will be on, but you wont be needing it. For me its dinner time. Another option is to leave it on overnight. 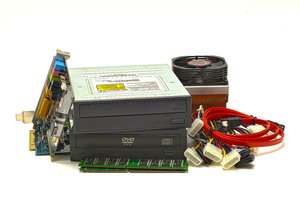 But Auto Updates Is On And It's Never Up To Date!

Leave it on! Give it time, the longer its not up to date the longer it takes to update. It may take all night to do some updates on older computers.

For example a retired bloke I know turns his computer on in the morning and checks his emails, prints any that are there and then turns it off. His PC is on for five or 10 minutes at the most. He reads his emails at his leisure during the day and decides whether he will reply to any or not. In the early evening he does the same thing, PC on for another five or ten minutes. Occassionally he complains to me, "... that #$%^% piece of #$@% isn't working again".

I ensure he has a supply of beer in and go around and turn on his computer, manually run Microft Update, invariably finding many, many to install and many more to download and install. I set that going and we spend an hour or two chatting, watching sport and drinking beer, PC doing its thing all by itself. I usually go home without turning it off and next time he sees me he'll thank me for doing whatever I did and scolding me leaving his computer on and wasting power.

He simply wont leave it on for long enough at one time for it to keep up to date, He wont listen to an explanation, he hates computers, "not interested in that #$%, I'll buy beers and you fix it". Works for me!