Disorder in the Courts

These are from a book called Disorder in the Courts and are things people actually said in court, word for word, taken down and published by court reporters that had the torment of staying calm while the exchanges were taking place 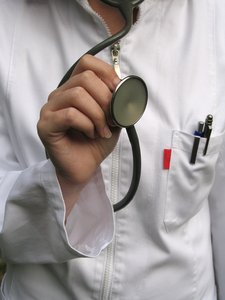 ATTORNEY: What was the first thing your husband said to you that morning?
WITNESS: He said, 'Where am I, Cathy?'
ATTORNEY: And why did that upset you?
WITNESS: My name is Susan!

ATTORNEY: Now doctor, isn't it true that when a person dies in his sleep, he doesn't know about it until the next morning?
WITNESS: Did you actually pass the bar exam?

ATTORNEY: Were you present when your picture was taken?
WITNESS: Are you shitting me?

ATTORNEY: So the date of conception (of the baby) was August 8th?
WITNESS: Yes.
ATTORNEY: And what were you doing at that time?
WITNESS: Getting laid

ATTORNEY: She had three children, right?
WITNESS: Yes.
ATTORNEY: How many were boys?
WITNESS: None.
ATTORNEY: Were there any girls?
WITNESS: Your Honor, I think I need a different attorney. Can I get a new attorney?

ATTORNEY: Can you describe the individual?
WITNESS: He was about medium height and had a beard
ATTORNEY: Was this a male or a female?
WITNESS: Unless the Circus was in town I'm going with male.

ATTORNEY: Doctor , how many of your autopsies have you performed on dead people?
WITNESS: All of them. The live ones put up too much of a fight.

ATTORNEY: Do you recall the time that you examined the body?
WITNESS: The autopsy started around 8:30 PM
ATTORNEY: And Mr. Denton was dead at the time?
WITNESS: If not, he was by the time I finished.