No Luck in Golf!

The universal rules of golf - where no matter what you do on the course, the bad will always be followed by the worse.

Here are 16 hilarious laws that you can probably relate to if you're a golfer. 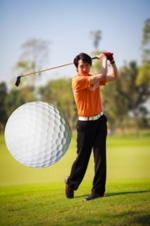