No Reincarnation in China without Government’s consent 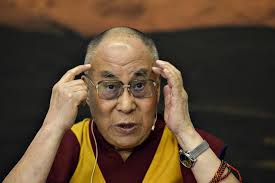 As bizarre as it sounds, China bans reincarnation without the government's consent.

The move falls in the realm of “the management measures for the reincarnation of living Buddhas in Tibetan Buddhism,” and only Buddhist monasteries are allowed to apply for the permission.

The ban was introduced in 2007. The irony lies in China's true motive: to cut off the influence of the Dalai Lama, Tibet's exiled spiritual and political leader, and to quell the region's Buddhist religious establishment more than 50 years after China invaded the small Himalayan country.

By barring any Buddhist monk living outside China from seeking reincarnation, the law effectively gives Chinese authorities the power to choose the next Dalai Lama, whose soul, by tradition, is reborn as a new human to continue the work of relieving suffering.