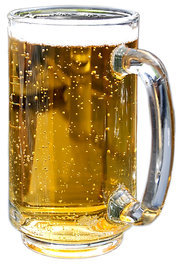 The General Managers of Tui, DB, Macs, Monteiths & Speight's were at a national beer conference and they all decide to go to lunch together.

The waitress asks what they want to drink.

The Tui's GM says, "I'll have a Mangatainoka Dark."

The DB bloke smiles and says, "I'll have a DB Export, brewed from pure mountain water."

The GM of Macs proudly says, "I'll have a Macs Gold, the King of Beers."

The Monteiths chap says, "I'll have a Monteiths Pilsner, the cleanest beer on the planet."

The head honcho from Speights glances around at his lunch companions and says, "I'll have a Diet Coke."

The others look at him like he has sprouted a new head.

He just shrugs and says, "Well if you guys aren't drinking beer, then neither will I."