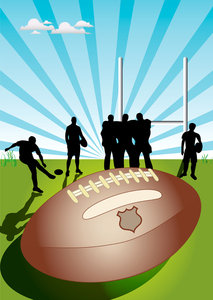 Taken out of context and or the heat of the moment we can all says some silly things. Here are some doosies from the New Zealand Rugby fraternity. We repeat them with the greatest respect for the sporting abilities of those concerned and our tongue planted firmly in our cheek.

"Nobody in Rugby should be called a genius. A genius is a guy like Norman Einstein." - (Jono Gibbs - Chiefs)

"I'm going to graduate on time, no matter how long it takes." - (Rodney So'ialo - Hurricanes) on University

"You guys line up alphabetically by height." and "You guys pair up in groups of three, then line up in a circle." - (Colin Cooper  - Hurricanes head coach)

Chris Masoe (Hurricanes) on whether he had visited the Pyramids during his visit to Egypt : "I can't really remember the names of the clubs that we went to."

"He's a guy who gets up at six o'clock in the morning regardless of what time it is." - Colin Cooper on Paul Tito

David Nucifora (Auckland) talking about Troy Flavell "I told him, 'Son, what is it with you. Is it ignorance or apathy?' He said, 'David, I don't know and I don't care.'

David Holwell (Hurricanes) when asked about the upcoming season: "I want to reach for 150 or 200 points this season, whichever comes first."

"Colin has done a bit of mental arithmetic with a calculator." (Ma'a Nonu)

"He scored that try after only 22 seconds – totally against the run of play." ( Murray Mexted)

"We actually got the winning try three minutes from the end but then they scored." (Phil Waugh-Waratahs)

"I've never had major knee surgery on any other part of my body." (Jerry Collins)

"That kick was absolutely unique, except for the one before it which was identical." (Tony Brown)

"I owe a lot to my parents, especially my mother and father." (Tana Umaga)

"Sure there have been injuries and deaths in rugby - but none of them serious." (Doc Mayhew)

"If history repeats itself, I should think we can expect the same thing again." (Anton Oliver)

"I would not say he (Rico Gear) is the best left winger in the Super 14, but there are none better." ( Murray Mexted)

"I never comment on referees and I'm not going to break the habit of a lifetime for that prat." (Ewan McKenzie)

Murray Deaker: "Have you ever thought of writing your autobiography?" Tana Umaga: "On what?"

"Well, either side could win it, or it could be a draw."( Murray Mexted)

"Strangely, in slow motion replay, the ball seemed to hang in the air for even longer."(Murray Mexted)