Languages talk and languages walk. They are living things that are constantly acquiring, discarding and generally rearranging themselves. English, in particular, has reinvented itself more times than Madonna. 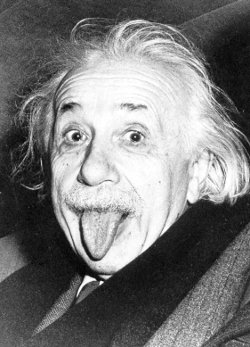 That career began around 450AD, when the Angles, Jutes and Saxons – all Germanic peoples – began arriving in Britain. They pushed the Celts, who were just taking a breather after having seen off the Romans, to the island's extremities (Wales, Scotland and Cornwall). This was the beginning of the people and culture we broadly know as 'anglo-saxon'.

The invaders' various Germanic dialects evolved into Old English, a complex tongue with cases (like German), genders (like most European languages) and other inflections. A single Old English adjective like 'big' could have 11 different forms. If we were to hear Old English spoken now, we would find it largely unintelligible, though we might just pick up the odd word, like 'ship' or 'bridge', which were spelt differently but are still pronounced the same today.

What happened to Old English? A lot of things, but mainly a couple of invasions. The Vikings arrived in the 9th century, taking over the north of England. They spoke Old Norse, which eventually blended in with Old English, altering its grammar and adding vocabulary. A number of our basic words like 'sky' and 'leg' are of Scandinavian origin.

Then came the Normans in 1066. For the 300 years following the Battle of Hastings the aristocracy communicated in French while the peasantry spoke English. Despite this attempt at sabotage being set by the conquerors and the upper crust, English simply absorbed a vast number of French words (e.g. 'damage', 'prison', 'marriage', 'parliament', 'sabotage') and stubbornly survived.

It was during this time that Old English was simplified and became more casual, probably because it was the language of the uneducated classes and was thus left to its own devices. Genders and complex declensions disappeared. The result was Middle English, a tongue that is recognisable to us. Consider this line from Geoffrey Chaucer, the great English poet of the Middle Ages: "Right so as bees out swarmen from an hyve" (Just as bees swarm out from a hive).

The move from Middle English to modern occurred very quickly. A generation or two after the death of Chaucer in 1400, the English spoken in London (which eventually triumphed over other regional dialects to become the national tongue) had further changed to become the language of Shakespeare. Although Shakespeare's spelling can sometimes seem a bit weird, and there are archaisms such as 'thee' and 'thou' and the occasional odd verb form like 'digged' and 'art', it is relatively easy for us to read.

Shakespeare himself led a one-man innovation assault on English, singlehandedly inventing and gifting the language a huge number of words and phrases. 'Tower of strength', 'foul play' and 'flesh and blood' are all expressions coined by the bard.

The changes have kept coming. In the US, English took on a new set of clothes, which contributed to the theory that American English would eventually evolve into a separate language entirely. That doesn't seem likely to happen, although America has still had a huge linguistic impact. Words such as 'commuter' and 'dumb' (in the sense of stupid), and phrases like 'ball-park figure' and 'dead ringer' are examples.

We are currently experiencing another influence – one that is alarming many in the establishment. It is the language of text messaging, mainly among the young, with its abbreviated forms such as c u l8r (see you later) and LOL (laugh out loud). Some claim it is already spilling into speech and writing, and will lead to linguistic impoverishment. Others say it is simply yet another influence that is expanding English. Time will tell... and now it's TTG (time to go).