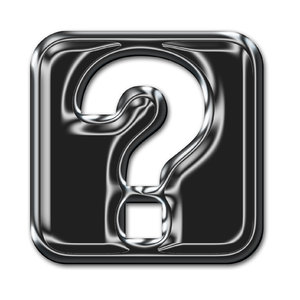 A friend and colleague forwarded me the following story by email:

It's funny but is it true?

"On Thursday, 24th January 2002, Derek Guille broadcast this story on his afternoon program on ABC radio:

"In March 1999 a man living in Kandos (near Mudgee in NSW, Australia ) received a bill for his as yet unused gas line stating that he owed $0.00.

He ignored it and threw it away. In April he received another bill and threw that one away too.

The  following month the gas company sent him a very nasty note  stating  that  they  were going to cancel his gas line if he didn't  send them  $0..00  by return mail.

He called them, talked to them, and they said it was a computer error and they would take care of it.

The following month he decided that it was about time that he tried out the troublesome gas line figuring that if there was usage on the account it would put an end to this ridiculous predicament.

However, when he went to use the gas, it had been cut off.

He called the gas company who apologised for the computer error once again and said that they would take care of it.  The next day he got a bill for $0.00 stating that payment was now overdue.

Assuming that having spoken to them the previous day the latest bill was yet another mistake, he ignored it, trusting that the company would be as good as their word and sort the problem out.

The next month he got a bill for $0.00. This bill also stated that he had 10 days to pay his account or the company would have to take steps to recover the debt.

Finally, giving in, he thought he would beat the gas company at their own game and mailed them a cheque for $0.00.  The computer duly processed his account and returned a statement to the effect that he now owed the gas company nothing at all.

A week later, the manager of the Mudgee branch of the Westpac Banking Corporation called our hapless friend and asked him what he was doing writing cheque for $0.00.

After a lengthy explanation the bank manager replied that the $0.00 cheque had caused their cheque processing software to fail. The bank could therefore not process ANY cheques they had received from ANY of their customers that day because the cheque for $0.00 had caused the computer to crash.

The following month the man received a letter from the gas company claiming that his cheque had bounced and that he now owed them $0.00 and unless he sent a cheque by return mail they would take immediate steps to recover the debt.

At this point, the man decided to file a debt harassment claim against the gas company.  It took him nearly two hours to convince the clerks at the local courthouse that he was not joking.

They subsequently helped him in the drafting of statements which were considered substantive evidence of the aggravation and difficulties he had been forced to endure during this debacle.

The matter was heard in the Magistrate's Court in Mudgee and the outcome was this:

The gas company was ordered to:

[1]   Immediately rectify their computerised accounts system or Show cause, within 10 days, why the matter should not be referred to a higher court for consideration under Company Law.

[2] Pay the bank dishonour fees incurred by the man.

[3] Pay the bank dishonour fees incurred by all the Westpac clients whose cheques had been bounced on the day our friend's had been processed.

[4] Pay the claimant's court costs; and

[5] pay the claimant a total of $1500 per month for the 5 month period March to July inclusive as compensation for the aggravation they had caused their client to suffer."

This story can also be viewed on the ABC website.

Who employs these idiots??

Remember, these "people" walk among us and breathe the same air we do. What is worse, they breed!

This is a true story."

Is it really a true story?

I'm always on the lookout for interesting or funny content for bayfinancialpartners.co.nz and thought that I might use it. I have had quite a bit to do with banking and billing systems over the years and I have seen things nearly as silly so I thought "it is possible". But I'm loath to report fiction as fact so I spent a few minutes searched the ABC site and couldn't find the story. Hardly surprising as it was broadcast over the radio.

So I copied the first paragraph into a Google search box and found numerous references to the same story, but bottom line, no I don't think its a true story. And why not? Because our gas company charges us whether we use any gas or not!