Posted in Protect Yourself.

The case for Critical Illness Insurance

One of the most popular forms of personal insurance cover in the developed world is Critical Illness cover - and for very good reasons.

Yet in New Zealand it is still relatively unknown to most of the population, and most New Zealanders are more at risk than they realise. 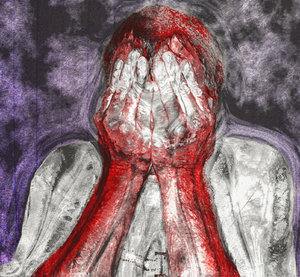 Before considering the case for Critical Illness, we should dispel some myths.  Critical Illness is often referred to as "trauma insurance", and it becomes an implied understanding that anything that is a "trauma" might be covered.  This is not the case, as trying cover anything that might be traumatic (which could vary enormously from person to person) is nearly impossible to calculate.  To make it clear for people wanting insurance to step in while they are alive and suffering from a major critical condition, the insurers provide a list of covered conditions that you are insured for.  There can be quite a number of conditions on a Critical Illness policy that would trigger a claim, however the most common claims come from a relatively short list of very serious health conditions.  The purpose of this type of cover is to provide money to people when they need it most, after suffering a specified major health problem - an still being alive.  It is sometimes known as "living insurance" for that reason.

The most common major health problems are heart disease, cancer, and strokes.  An increasing issue is also Alzheimer's Disease.  To best consider the case for having Critical Illness cover we are best to look at the actual experience of people in Australia & New Zealand (to provide a large population and statistical sample).

Here are the facts:

Critical illnesses are relatively common in our society, and obviously have a number of severe impacts upon the individual affected, their family, workplace and wider society.  For the critically ill patient it often results in them being unable to work for many months, seriously reducing the household income.  Often a partner has to take time away from their own employment to provide additional care.  This impact has been monitored in Australia, where they found that If we look in New South Wales, 57% of cancer survivors there spent at least 5 months off work after their diagnosis. Some 71% then required an average of 40-plus hours of family care at home per week at an average cost of nearly $700 a week thereafter.

Similar increased medical and nursing care expenses are relatively common unfortunately.  This, together with reduced household income at the time of critical illness, often results in significant additional stress and pressure for the household as financial concerns mount.
Critical Illness insurance however can make the difference by providing a sum of money when a critical illness occurs.  The insurance does not stop the health problem occuring, but the money does give families a better chance of dealing with the issues, without having financial concerns added on in a time of crisis.