The ABC of Economic Literacy: ‘F’ is for freedom 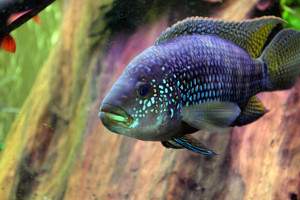 Trying to explain economic freedom to someone living in an economically free country is like trying to explain to a fish what water is. Like a fish in water, when we are free, we rarely stop to consider what freedom is, why it is important to our livelihood, and what would happen if it was ever taken away.

Fortunately, New Zealand consistently ranks near the top of international indices measuring economic freedom. But this also means that we might take it too much for granted.

In its broadest sense, economic freedom is the ability for individuals to autonomously arrange their economic affairs and pursue greater prosperity. More specifically, it is the ability to exercise personal choice, participate in voluntary exchange, compete in markets, and enjoy the use of one's property.

There is a role for government to play in economic affairs, but that role is limited. For the most part, it is to provide the legal structure to protect property rights and enforce contracts.

Of course, very few governments stick to those core functions. There are many other tasks that governments have taken on, such as the provision of roads and infrastructure, education, and health, to name a few.

While tax policies, subsidies, restrictions on foreign investment, or regulatory reforms by themselves may be undertaken with the best intentions, they all limit economic freedom. This has real material consequences. One only needs to observe the difference between North Korea and South Korea.

According to empirical research, high degrees of economic freedom are positively correlated with greater economic growth, higher average incomes, greater gender equality, higher life expectancy, and less poverty. The value of economic freedom over crowd-pleasing government policies is only truly appreciated when it is gone. We should never take it for granted. Eternal vigilance is the price of liberty.