As we watch folks in Christchurch trying to reassemble their homes lives and businesses we begin to wonder about the economic effects of the disaster and the lessons investors can take from it. 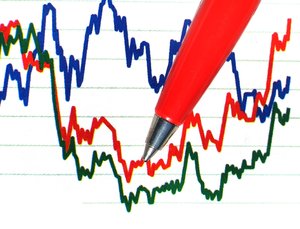 While officials have put an estimated price tag of $4 billion on the cost of clean up and reconstruction this number remains just that, an estimate. The ANZ National Bank has also reported an estimate of a negative impact on Gross Domestic Product for the September quarter of -0.6% and -0.3% in the following quarter.

In its June 2010 Monetary Policy Statement the Reserve Bank had forecast 0.9% growth in each of these quarters.

Overall, despite the positive offsets of insurance and new spending, there has been and will remain for the medium term a massive destruction of accumulated wealth. When looking back on past natural disasters we can only guess that the costs are likely to be much greater than estimated now. Many losses will be hard to identify and/or quantify. Like GDP figures themselves a lot will remain unaccounted for by the numbers. Their effects are likely to persist for some years.

Forecast growth rates for New Zealand of course influence interest rates and company profits, both of interest to investors.

On top of an already reduced expectation of growth overseas the quake is likely to persuade the Reserve Bank to maintain lower rates for the balance of 2010 than had been anticipated beforehand. Maybe lower rates will now persist through the early part of 2011. This will defer increases in income for fixed interest investors that were anticipated to come from lifting interest rates.

Lower near term growth rates for New Zealand will generally keep company profits lower for longer, despite borrowing costs being kept lower. However, some companies will likely benefit from reconstruction work bringing benefits for maybe 1-2 years to business owners and investors who own their shares.

A lesson to be derived from the quake for investors is just how vulnerable New Zealand is to natural disasters and certain economic events. Events of recent years have given many folk an understanding of the impact of earthquakes, tsunami and volcanic eruptions. Many of these events have been overseas, however, now we have experienced something right at home. It emphasises the need to have a significant portion of your financial assets outside of New Zealand.