Posted in How to Invest.

Are You Paying to Park Your Money?

How much of your money is sitting in the over $100 Billion that is on deposit with the banks in New Zealand? 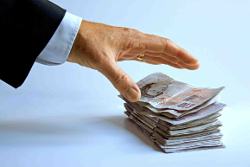 Most of it is invested at generally low rates, for short terms.  Because people tend to invest for 3-6 month periods, the return is low, and then they keep re-investing for those same short terms when the deposit matures (often continuing to do so for many years).  The average bank has a net interest margin of about 2.2% in meaning that there is an easy $2.25 billion dollars gross profit per year being given to the bank by their customers, much of which smart savers can keep for themselves.

Compare the amount sitting around in cash to the amounts invested elsewhere at the same time in NZ:

* Kiwisaver with its phenomenal growth – less than $10 Billion

That’s nearly 10 times as much money is sitting in cash with banks than has been saved by 1.3 million people in the most successful retirement savings scheme the country has ever seen.  It is getting towards twice as much sitting about in cash as in all other savings schemes.

If we take a minute to think about the difference between what we earn as account holders and what we may pay on our mortgages, credit cards and personal loans it is easy to see why the banks are laughing no matter how bad the media or political attention they get.

The numbers are all in the banks favour, not yours.  Let’s use some realistic examples.  Say deposit rates for short term accounts sit somewhere between 3.5% and 4.3%. If you invest for longer with the bank, say 3 years, you might get about 5%.  That is before your personal tax rate applies and is taken off this “gross” return.  If you borrowed from the same bank for your mortgage, you’ll be paying them between 5.5% and 6.0% on a floating rate – more if you lock in a fixed rate for longer (about 7% for 5 years).  That average 2.2% margin is obvious and is being paid for by you.

Interestingly, the average margin on other lines of business from the banks is over 20%.  So all the extra charges, personal loans, credit card debt, investment accounts that they offer provide even higher returns for them.  Speaking of averages, a survey in Australia found that most consumers understand all this, but nearly 50% do not change banks because it is “too hard”, and a further 10% said “the banks are are all the same” – only 23% were happy with their bank.

Clearly most consumers are leaving too much cash sitting about, earning too little, and they are not happy about it.  It is too hard to move or do anything about it they feel.

Good personal financial planning begins with getting the most out of what you already have.  By thinking about the difference in how you invest or use your cash, and by reducing your transaction costs, you can tip some the bank profit margins back in your favour.  With good advice you can work out what balance of your money should be kept in short term savings, and where it should be.  Then how much gets spent on reducing debt, and how much gets invested for the long term.  Using the investable funds in the right proportions is a balancing act, and rarely is it best to put all your eggs in one strategy.