An Audit Report In New Zealand Is Probably Worthless 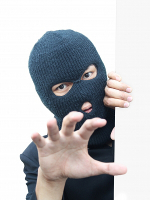 The Quality of Audit Reports Prepared in New Zealand in 2015 is Appalling.

By law, many firms in New Zealand are required to pay for a report that is probably not worth the paper its written on.

Four out of five audit reports reviewed by the FMA in NZ were NOT of a good standard, and two thirds failed to meet even the minimum standards.

Who benefits from a law that requires something to be done that cannot be relied upon? Certainly not the shareholders or investors in these entities.

The Financial Markets Authority (FMA) has just released their review of audit quality standards in New Zealand for the year ended June 2015. At first glance the press release paints a rosy picture, "The number of audit firms in New Zealand performing at a good standard is on the rise; ... " but it goes on to say "... however a large proportion of firms still need to make further improvements to the quality of their audits" - (Click here for the full NZ FMA press release on Audit Quality Standards)

It's the second part of the FMA's statement that drew my attention. I remembered seeing the appalling results last year and foolishly assumed that action would be taken, something would be done. I thought that there would be outrage and the accounting profession would move heaven and earth to make sure their audit colleagues pulled their socks up. Sure the results are better than last year but that's like being told that having 80% of your money stolen is better than having 90% of your money stolen.

Some NZ audit firms are charging companies for reports that are rubbish.

And by law, we - as shareholders or investors have no choice? We just have to suck it up? Remember the majority of Kiwi's are now investors in New Zealand companies through their KiwiSaver accounts. Why isn't there outrage? What am I missing? Doesn't anyone else care?

This isn't for the accounts this is for the audit of the accounts that you've already paid good money to have prepared. And these things aren't cheap. One of our local "financial market participants" - First Mortgage Managers paid $78,000 for their audit in the 2015 year. It might have been one of the good ones, it might not, we have no way of knowing. I like to think it was.

There are 12 registered audit firms in New Zealand. By law "financial market participants", such as banks, listed companies, finance companies and other entities must have an audit report performed. But why? What is the point? The FMA's report shows that four out of five times audit reports fail to meet the minimum required standards. It is simply appalling. Companies are wasting their money and by law they are required to do so.

I'm sure there are auditors who exceed the minimum standards and prepare reports that are worthwhile and can be relied upon but who are they? How do we find them so we can ignore the rest?

But the results of the survey do tell us that about four out of five reports are not good. So shareholders and investors would be foolish to reply on audit reports. But then who ever has? The only useful audit report is a qualified report (they tell you, you should definitely avoid investing without further investigation) and they are few and far between. Every prospectus and every annual report of every listed company or finance company that has failed in the last few years has had an audit report. They are completely worthless. So why do they have to be prepared? What's the point? Who benefits?

In 2015 there were 1700 audit reports submitted. The FMA reviewed a sample of 38 files. Of those 13 were for listed companies and 25 for other entities.

The FMA's report says "The audit files we select for review tend to be more risky and more complex than the norm. The results are therefore different than we would expect to see in a neutral sample." Does that mean the others are likely to be better or worse? Surely you put your most experienced, senior staff on a risky and complex audit? But we don't know. They only selected 31, 1.8% of the total. Is that enough to be statistically significant? The FMA seems to think so. And looking at the previous two years results, they are probably right. Not much point in going any further, why will the rest be any different?

The results are shown in the report as percentages. It obscures the truth, lets turn them back into numbers, it's easy to do.

I've been unable to extrapolate this from the actual report but the press release says "... Nearly 37% of the audit files met the minimum requirements of the Auditing Standards ..." that must be 14.

That means two thirds of the audit reports prepared in the 2015 year, reviewed by the FMA, that were of a risky or complex nature, FAILED to meet the MINIMUM standards.

It's an outrage, it's legalised theft, most audit reports are not fit for purpose therefore they are a waste of money, your money and my money.

Questions I've put to the FMA, I'll append their answers when I get them.