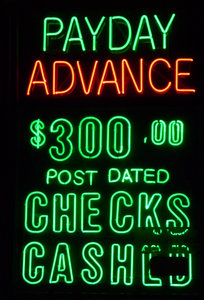 This signals a new era in global financial markets. Given the unsustainable path for US debt if bold action is not taken, and the shenanigans around finally grinding out a debt-ceiling agreement that went only halfway towards the generally accepted minimum level of savings needed, S&P have decided that there are better bets around. French, German and UK sovereign debt are now all rated as less risky.

The US Treasury reacted angrily, and the Chinese Government, holders of more than a trillion of the stuff, put the boot in, with the official news agency commenting that “the US government has to come to terms with the painful fact that the good old days when it could just borrow its way out of messes of its own making are finally gone”.

Now the question is how already panicky markets will react over the next few days. More equities carnage seems a given. In terms of rates, there will be some automatic liquidation of positions by those who have to hold a certain proportion of AAA- rated debt (though these rules may likely not be triggered until a second ratings agency follows suit). This could cause an initial sell-off. But this would run counter to recent moves in US Treasury yields, which have fallen as petrified investors seek safe(r) havens. So the move may not last long, as after all, a downgrade at some point was anticipated and the unsustainable path for US debt is not new news. The weak economy story is likely to dominate rates. In the long term, however, the downgrade is likely to cost the US Government and other US borrowers dearly.