The ABC of Economic Literacy: ‘H’ is for history 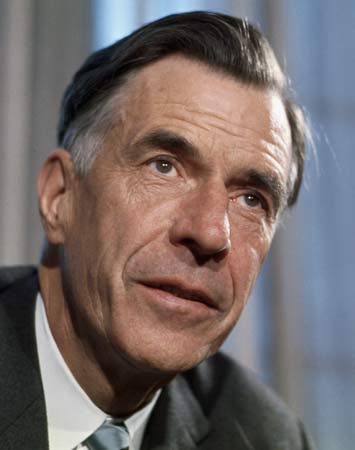 Studying economics these days, it is quite possible to get a degree without ever having come across the name of a single economist. That is because economics is taught as a set body of knowledge without illuminating its insights by reference to the works, minds and times of the great economists.

This is a pity and it is not really appropriate to a social science. In mathematics, one may well learn the Pythagorean Theorem without knowing anything about the life of Pythagoras. In physics, it is possible to explain how a Faraday Cage works without mentioning Michael Faraday.

But understanding Keynesian economics without any reference to John Maynard Keynes and the historical background of the Great Depression? Making sense of Karl Marx without knowing much about the industrialisation? Or figuring out what Milton Friedman's Monetarist Counter-Revolution was all about without knowing anything about Friedman or, in fact, what made it a counter-revolution?

Economic ideas do not grow in a vacuum. They are not designed in sterile laboratories, either. Economic thinking develops in the real world, observing real people and their behaviour, and drawing conclusions from it.

The history of economic thought is full of economists who were driven to their most important insights by circumstances. Adam Smith, frustrated by the protectionism around him, developed a theory of the benefits of free trade. Friedrich Hayek analysed how markets are oscillating between booms and busts and attempted an explanation of these swings in his business cycle theory.

Studying economics through the lives of great economists has many benefits.

For a start, with a knowledge of history, economists would not be too surprised by current developments. The financial crisis of 2008, for example, came as a shock to many economists because such crises did not happen in their textbooks. But they happened in history. As Kenneth Rogoff and Carmen Reinhart's "This Time is Different" showed clearly, financial booms and busts had been a regular occurrence for (at least) eight centuries.

Knowing something about the development of economics can also save you from having to reinvent the wheel. As Hayek once said, "in economics you can never establish a truth once and for all but have always to convince every generation anew." Economic knowledge is easily forgotten if one is unaware of its history.

And, there is a final reason why economics courses should include some history: contrary to common prejudice, most famous economists were not dour number-crunchers but quite colourful figures. Studying their stories is not just enlightening – it is fun.